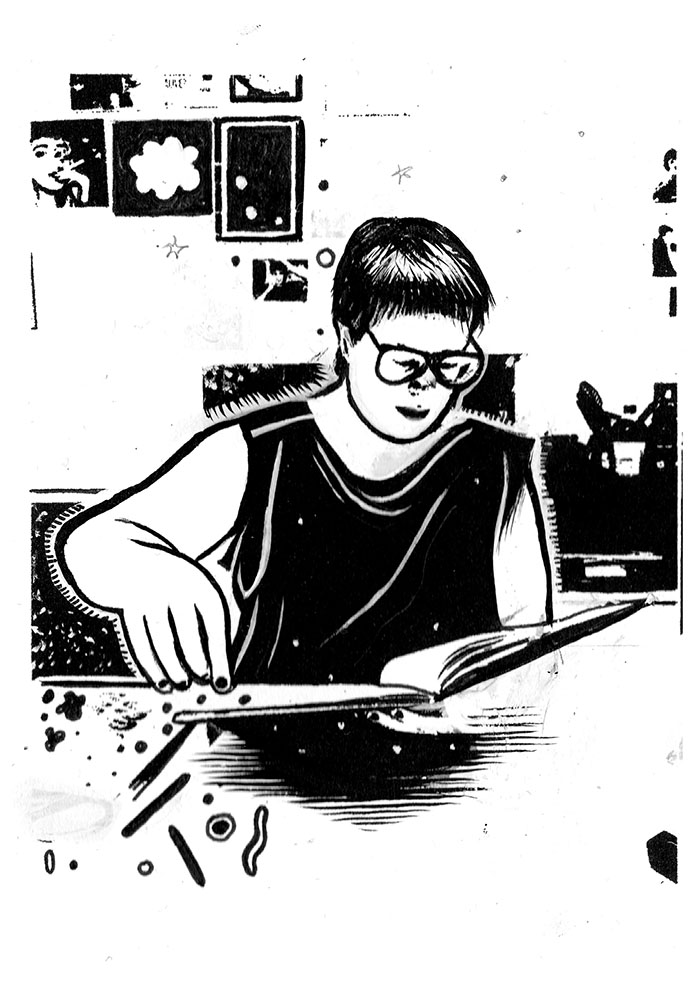 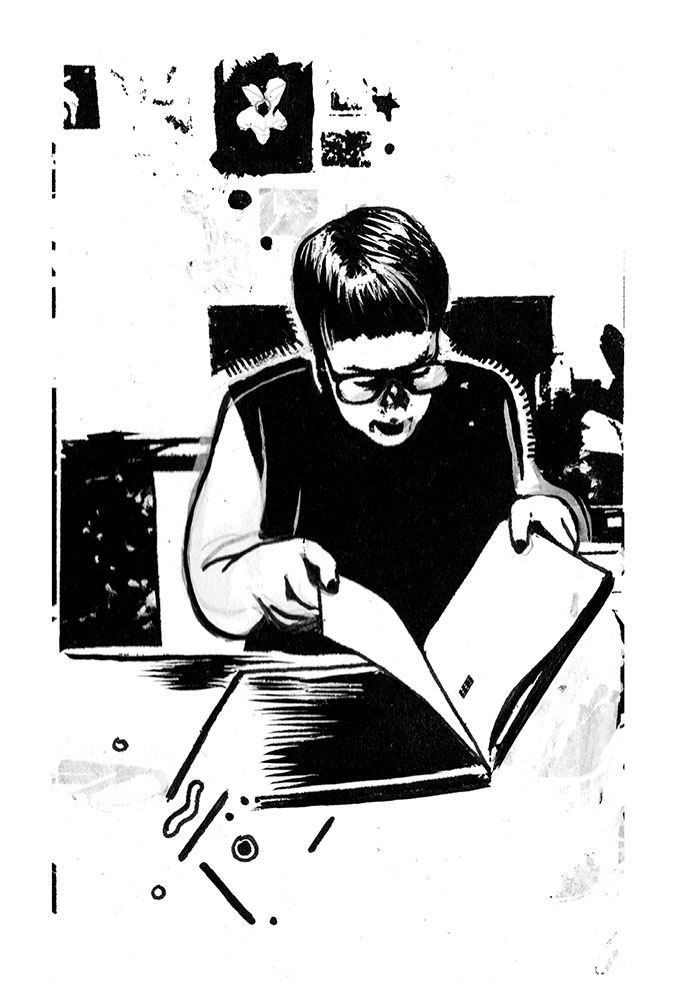 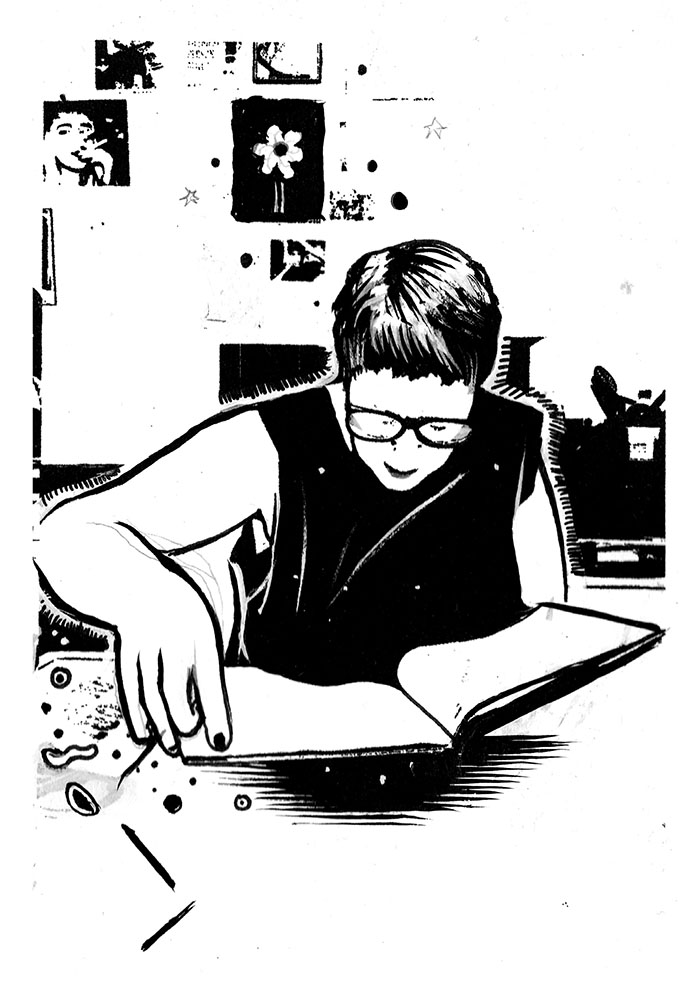 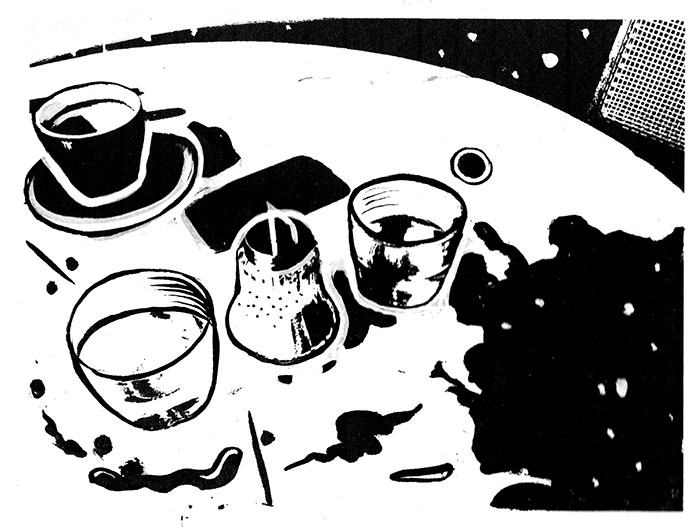 “The new book is getting the press but Chelsea Girls is really the legend,” Eileen tells me. “It is really the description of the character that is Eileen Myles.”

I first read Eileen Myles while in the process of uprooting myself from the place I'd grown up in, and along with it everything that was familiar to me. I was desperately searching for Something Else but I didn't yet have the language to really articulate what that was, even to myself. Myles left Boston for New York to become a poet in the 1970s, something which seems totally wild and yet concurrently relatable to so many of us. Bringing together a career which spans several decades, this summer saw the release of I Must Be Living Twice: New and Selected Poems 1975-2014 alongside the infamous Chelsea Girls, in print for the first time in the UK through Serpents Tail. I had first contacted Eileen through Twitter in early 2014. It seemed amazing to me that she replied to my message. Your name really stood out in my inbox because it's similar to mine, she said. I hadn't thought of that. Shit. We chatted briefly online, I had mentioned my zine The Chapess and with Eileen's kind permission I printed some of her work in the third issue. I was eager to use the zine as a platform to create an inter-generational feminist dialogue, and she was into it, of course. I never imagined in two years time I would be sitting across from her, talking about all this stuff in real time. We spoke about the new collection, fame, and the implications of branding our work as Feminist.

Cherry Styles: Chelsea Girls is fiction that reads like memoir, how did you find the process of drawing directly from your life in that way?

Eileen Myles: When I was writing Chelsea Girls I was discovering how to write prose. I'm not so interested in plot, but I love movies. Much of what I was thinking about when I was writing Chelsea Girls was that these were like little movies about my life. I wrote the first chapter in Mexico. I was writing postcards, which made me think about stories being like writing a postcard from one part of your life to another. I had those adventures in Maine, in the 1980s, and it took me sitting under a thatched roof on a hot day on the Caribbean coast of Mexico to decide, ‘I know how to do it; I'm gonna write to me from there, and tell her exactly what it's like to be standing in that room’.

I actually feel like I aspire to a kind of anonymity - to use the exact details of your existence in your writing, weirdly, can become anonymous. I think that's a very female feeling - the real conditions of a woman's life.

CS: What was it like when you first came to New York?

EM: I came to New York in 1974. I went to graduate school but soon dropped out. I would roam around with my little pack of poems to all these open mic nights. There were poetry readings every night. I met a poet named Paul Violi who mentioned that he was teaching a workshop at St Mark’s Church, he was a good poet and seemed cool. Rather than giving us assignments, he brought in an interesting poem every week, or let us bring in our own work. That’s how I first got published. The guy sitting next to me in the workshop had a poetry magazine. Alice Notley and Ted Berrigan also taught at St Mark’s, and they soon became my best friends. There was a gang of us. We all lived in the same neighbourhood. We would hang out, drink our beers, and go to readings every night of the week. There was an office upstairs at St Marks, they would let the poets use their mimeograph. It was all very zine-like.

CS: You've worked with lots of different presses. Not Me was your first book published with Semiotexte in 1991. How was that a departure, in terms of audience, from the work you were producing before that?

EM: Not Me was published through Semiotexte’s ‘Native Agents’ series under the direction of Chris Kraus, and it had the distinction of being the only book of poetry that Semiotexte had ever published. That was really cool but it also put my work in a certain ‘validated’ culture. I don't even know how much that has changed my life. I’m always surprised when art-world people know me, or at least then I was. I had three books before that, the first one was stapled, and the next two had perfect bindings but they were small and not very well distributed. My ‘success’ was all down to friends. It's all about friends.

CS: How has that experience of writing and performing changed over your career, in terms of how we approach women's work?

EM: I think the most interesting writers right now are female. That’s been true for a while but it is only now that most people are beginning to agree. It really feels like the work speaks for itself. There's a joy and excitement of ‘our’ world beginning to interface with ‘the’ world and that wasn't how it felt before.

CS: You've said in the past you didn't want to be published by a women's press, or a gay press. I quote, ‘I want my gay work to get into your space’. Could you speak a bit about that, having now achieved it?

EM: I think in my more indie phase I definitely felt like I didn't want my work branded that way, which is without having any shame about being female. It really suggests that female writing is not for men and I think that's a problem. We're already treated like that and if the press takes that position too then the message is that the work is separate somehow. I'm certainly a feminist but even talking about feminism brands people away from thinking it's theirs. I think it just goes without saying that you're a feminist in a certain way right now and I think that's really interesting and exciting.

CS: Did a lot of people want to publish Chelsea Girls? How did you navigate that?

EM: A lot of small presses did, it was interesting. I knew that I was going to wait until there was a mainstream publisher that was taking another book of mine and then Chelsea Girls would go alongside it. But you know how it is with great plans, I had that plan but I was sort of watching it not happen for about ten years. With my selected poems I didn't want to do it with a university press, which is who predominantly wanted to publish it. I didn't want to be a college professor who only publishes through the university press. Doing that screams that the only thing that will support you is the academy. I love the academy and I think it makes so much of what we do viable, allowing it to exist, but we can't only survive there - it's akin to staying at home and being your family's little artist.

CS: A lot of your work seems to come out of travel, how we all have this task of taking our home with us with regard to making any creative work. I wanted to ask you about your use of Instagram and Twitter, which seem like really natural extensions of your writing, how does social media function for you?

EM: I think my great subject is being a writer, and also using speech as a way of informing as opposed to writing. When you're travelling it is as if you're always trying to find balance, and I think social media can give you that. It makes me feel like I'm always at home. I think it embraces this push and pull of privacy, it's a really great cycle of distribution of experience and home and intimacy. It's funny to work out what it is that I would be willing to say to eight thousand people at any moment.

CS: Similar to an open mic?

EM: Yeah, the thing that's really great about an open mic is being in front of people. The thing that's really great about social media is you have the privacy and you have the publicity in the same moment. Somehow that is writing to me, to realise time isn't the issue but space is the issue. You can kind of conquer space in time on social media and I love that. I'm also starting to understand this level of fame that I'm suddenly living in, and how I can use fame just like an open mic. I was recently asked to make a speech at an awards ceremony in New York and I decided to read a poem.

CS: Do you have any advice for young writers?

EM: Just keep writing because I think that's how you become a writer, just through the act of writing. Read widely. If you don't like somebody's work - keep looking. It’s really important to read work that excites you, that's your academy. Even when people say ‘you've gotta read Ezra Pound’, that’s not true, you don’t necessarily have to. You get to everything eventually, and if you don't then you didn't need it. I just read War and Peace. It's a great book but I certainly didn't need to read that at any other point in my life. After Chelsea Girls was first published I actually made a list of the things that I would put in a book. I thought ‘why don't I just pretend to write one of those things’, and that was how I started my next book Cool For You. There was one narrative that failed which was a narrative about being a writer. It wasn’t good, it was in the middle of the book, and it stopped everything. From that, it became a personal assignment to me, to write a book about being a poet, and that's how Inferno happened. First of all you have the assignment, then you give in the assignment, then you start to realise a career is made from just giving yourself prompts. Don't quit! Do not stop!