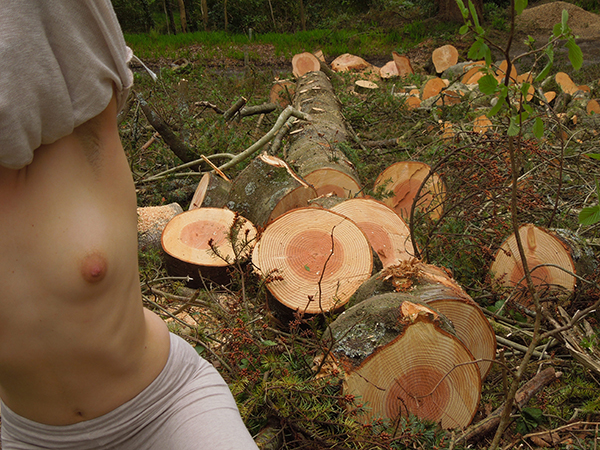 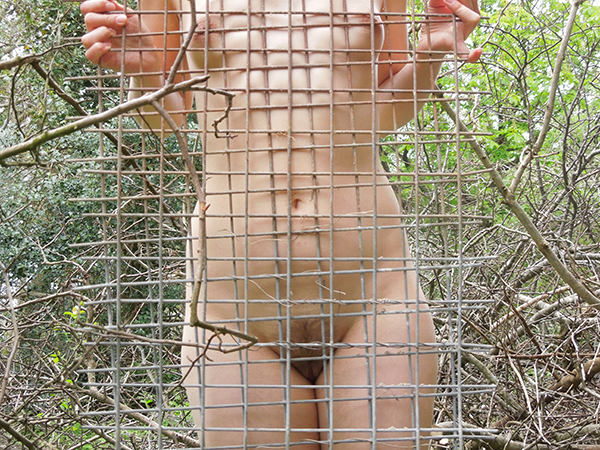 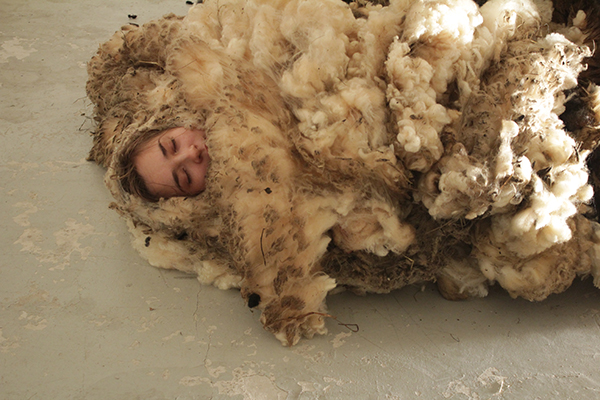 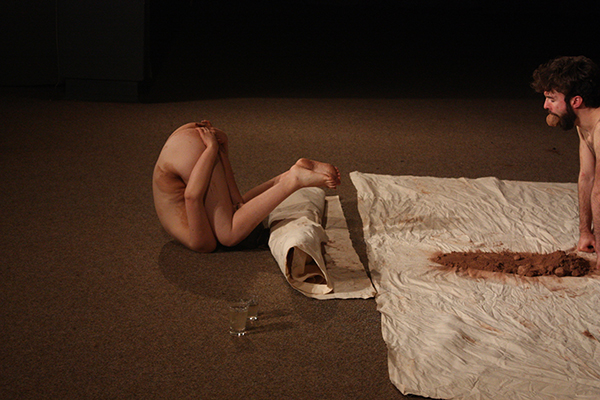 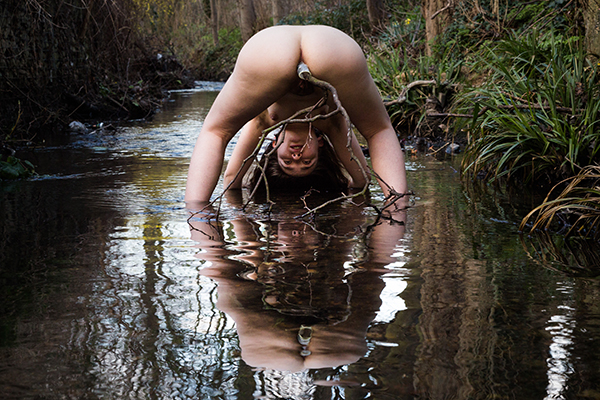 My work incorporates the blending and collision of the body, raw materials and the natural environment. I make performance, photography, video and sculpture. Currently, I am working with materials that shroud, stain and alter the (female) frame. The body, the skin, and its everyday reading is stretched across to unchartered territory and reinscribed upon its framing. The body fluxes between bleeding into the background and framing, consuming and appropriating the materials that share the space.

My current practice is a culmination of my thinking over the past six years. While studying for an MA in performance, my interests lay in the human feature in space; both the performance space and the study of space, the universe - how humans inhabit and acquire space in a bid to transform it into place through claiming territory. Alongside, I was making video art with a focus on human trace on the urban landscape and the green spaces scattered among it. In 2012 I undertook a residency at ]performance s p a c e[ , run by artists Bean and Benjamin Sebastian. There I read Deleuze and Guattari’s notions of being and becoming and Deleuze’s essay ‘Desert Islands’. ‘Desert Islands’ fed further my interest in the concept of space and its ownership and colonisation. From this, I began to work with the first material I obsessed over: soil. Using it to paint huge atoms on the wall, gluing it to all of my body, dragging around huge triangles of it.

In the winter of 2012 I went to India for an artists’ residency, which instigated gender being a focus of my work. For the duration I had never felt as visible as a female body and wanted nothing but to attain a state of invisibility. While there, I made video pieces surrounding the public and the private space, choices and conditions around visibility, and a resistance through disappearance. I built up a relationship with a woman from the village I was staying in and we made work together. She gave me one of her old saris and we painted the entire thing in sand, which when worn blended the body into the ground. This action went further than the desire to be swallowed up by the ground and to evade the gaze upon my gender. I strove to be an extension of the common ground shared by all. Even further I attempted to nullify my human form. Of course this in part failed. I became hyper visible, the girl who was ‘covered in mud’.

On my return I continued to be invisible, to shroud my female form in an attempt to reject objective identification. I began working with raw sheep’s fleece, covering my body with it and slowly revealing parts of my anatomy. This acted so as to fragment the quotidian techniques of visually understanding the body, moving away from perceptions of the body being recognised as a finished composition, towards an openness regarding how bodies have various potentials of identification. This body of work was performed in various contexts and sites for over two years. The actions developed and the wool began to be ripped up into tiny pieces by both my hands and an axe. I started resisting the co-option of my body for the gaze’s consumption, not through disappearance but through dismantling the constructs I had set in place for invisibility.

Through meeting photographer Marco Berardi I began making performances for camera with him and developed a style of self-portraits. Images of blending with nature were being produced, but with the naked female body being prominent, whether in the central frame or crowded by the background. I was beginning to reclaim my body in space, constructing it with autonomy, meeting the gaze of consumption with a desire to transcend it yet acknowledging the potential that I would be consumed. I accept I am one of many, a potential tool for change, potential counterpart of a mass. By attempting to step outside of the binary of visible and invisible, domination and submission, aggression and vulnerability, the self-portraits explore the potential for all of them, the ambivalence within the achievement of one.

It was within this body of work that I became interested in the female arsehole; the arsehole being a site that exists on both gendered bodies. I made the performance for camera ‘Potential’, which inverts female fertility by birthing through the arsehole. The arsehole as a site of life as well as wastage, a site of pleasure as well as censorship and invisibility. Through the creation of this image I attribute other potentials and imaginaries to birthing. Outside of the biological norms, where can volition take its hold and make space for other ways of claiming the birthing process?

Last year I began collaborating with artist Robert Hardaker, whose practice focuses on the concept of maleness. Our practices both explore our bodies’ interactions with raw materials and the potential of otherness and transcendence. At the time of our meeting we were both working with wool. We began talking about our rejection of prescribed gender and our relation to our anatomy. In search of a post-gender image we explore the potentials of the female arsehole and the male womb: birth and death, emotional and imaginary transcendence. Through performing durationally alongside a male body I have felt my perception of my own gender to be magnified. When in search of the post-gendered body we find ourselves snapped back by the elastic nature of gender. As we work to stretch away from our body’s tie to its visual form we are hurled back, our genders re-inscribed upon us more heavily.  We are in the midst of this battle and we are committed to feeling this out within the moments of the actions. We are not pushing in the direction guided by academic theory, we feel, we move, and are moved. Two bodies become differing mirror images: exploring the nature of being gendered, and being human through balance punctuated with moments of violence.

As of now my work has found a culmination of each of the areas that have spanned my practice: space, colonisation, visibility, landscape, humans’ trace on nature, gender, occupation. How do I occupy space as a (female) body? This word occupy contains a double bind. From a feminist perspective, to occupy is to claim space that has previously been disallowed to women. In terms of humans as a species, to occupy is to colonise areas of land and to displace others from that land. In both senses, occupation has a history of violence as well as victory for those previously displaced. My work is an exploration of these threads, the space between and beyond this violence and victory. During my recent performances I have been claiming space while responding to the constant shift within sharing it. My next performance will use the female arsehole as a site from which to expand from: while I am in a shoulder stand, nine lengths of yarn will extend from my arsehole. At the end of each piece will be a small mirror. The mirrors will act as an invitation for the viewers to both be part of the piece and acknowledge the gaze while disrupting it and reflecting upon themselves. The yarns will span across the length and width of the performance area while allowing space for others to move around and in between them. I am thus constructing the area, while allowing for others to react, reflect and exist. What will happen in the moment of action cannot be predicted. I am simply laying down active boundaries around occupation.