On 23 July 2016, Philomena Epps and Alice Wroe were invited to facilitate a family drop-in workshop as part of UTOPIA 2016 at Somerset House, in relation to Wroe’s ‘Herstory’ feature in Orlando Issue 01. The UTOPIA programme celebrated the 500th anniversary of Thomas More’s inspirational text: “inviting artists, designers, provocateurs, and thinkers to experiment with ways we might live, make, work and play”. Inspired by More’s understanding of dreaming as a radical activity, and his evocation of the imagination as a means of personal and political empowerment, the workshop provided an opportunity for young children and their families to make experimental zines. In three simple stages, participants were able to imagine, make, see, and hear their own exciting visions for future worlds. The first stage was making small collage zines about different aspects of the future: looking at food, animals, the landscape, people, and work or hobbies. The next step was to photocopy different pages and share it with other participants by adding these individual sheets to the zine library. As the day unfolded, the zine library grew, creating a fantastic spread of creative visions for the future. The last step was to speak about the zine’s content, by donning an avant-garde Dada inspired costume, and performing one’s vision of the future to the room. 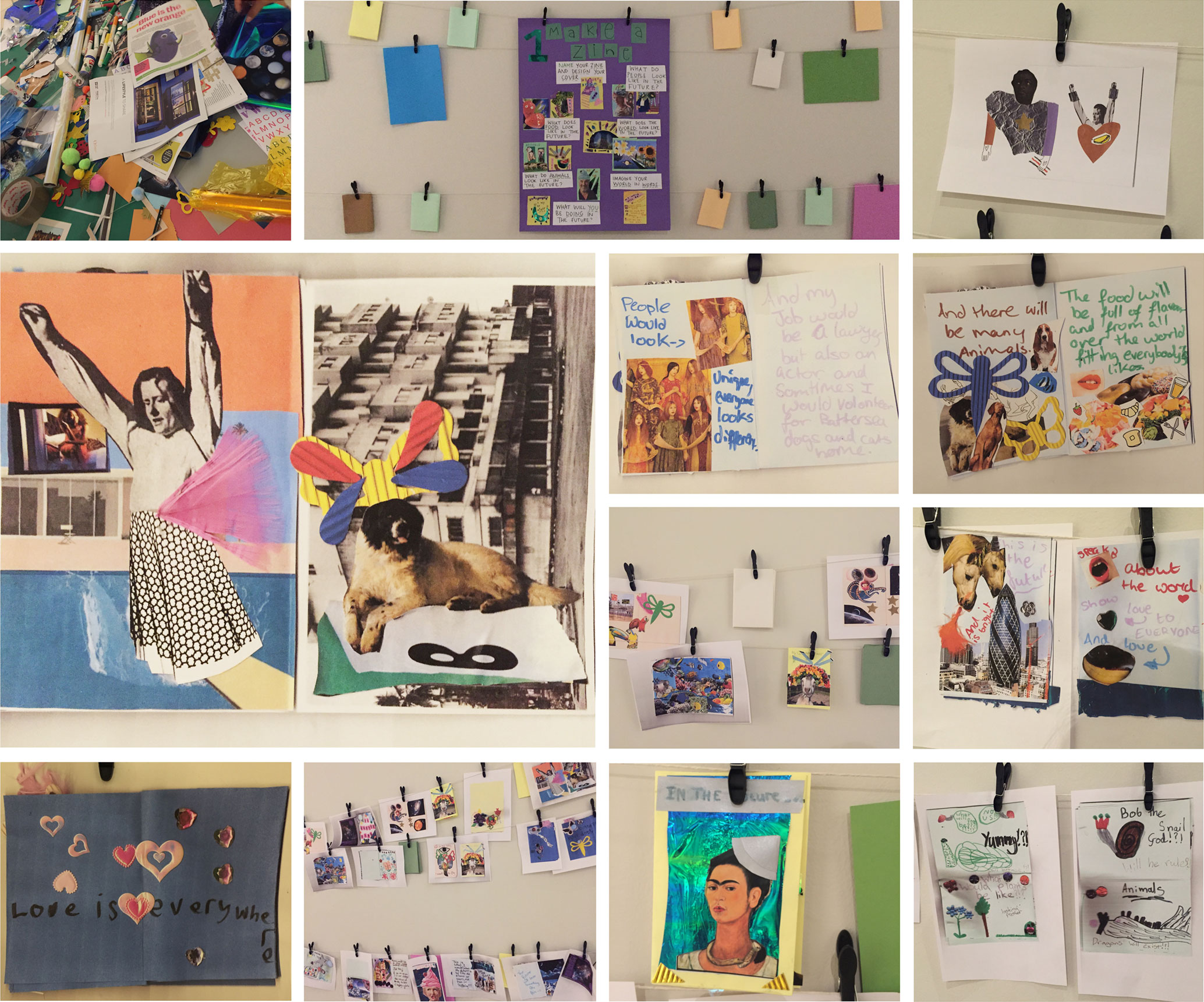