Orlando Issue 03 was launched on 14 November 2018 at the Horse Hospital. The evening was organised by Philomena Epps, with a selection of readings, film screenings, audio interventions, and performances from artists and writers involved in the issue. The evening unfolded in three parts. The first was a series of short readings by Aimee Bea Ballinger, Hatty Nestor, and Octavia Bright from their essays in Issue 03 about the artists David Wojnarowicz, Bunny Rogers, and Marlene Dumas. Following that, there was a short screening programme of films by Josie Rae Turnbull (Moulage of a Meritorious Artist, 2018), Sadé Mica (DULUX ABYSS REVISED, 2018), Bryony Gillard (A cap, like water, transparent, fluid yet with definite body, 2017-18), and Sophie Hoyle (Membranes, 2015). The films were prefaced by an audio work by Jennifer Boyd (‘Straining Collection’ from But With What Protein?). The last part of the evening was dedicated to performances from three artists who had authored poetic or experimental texts for the magazine. Josh Leon read ‘This is Not the Lowest Point’, Rebecca Jagoe read ‘Nerve Storms’, and Rosa Johan Uddoh performed ‘Who We Are As A Couple’.

All photographs by Sophie Davidson 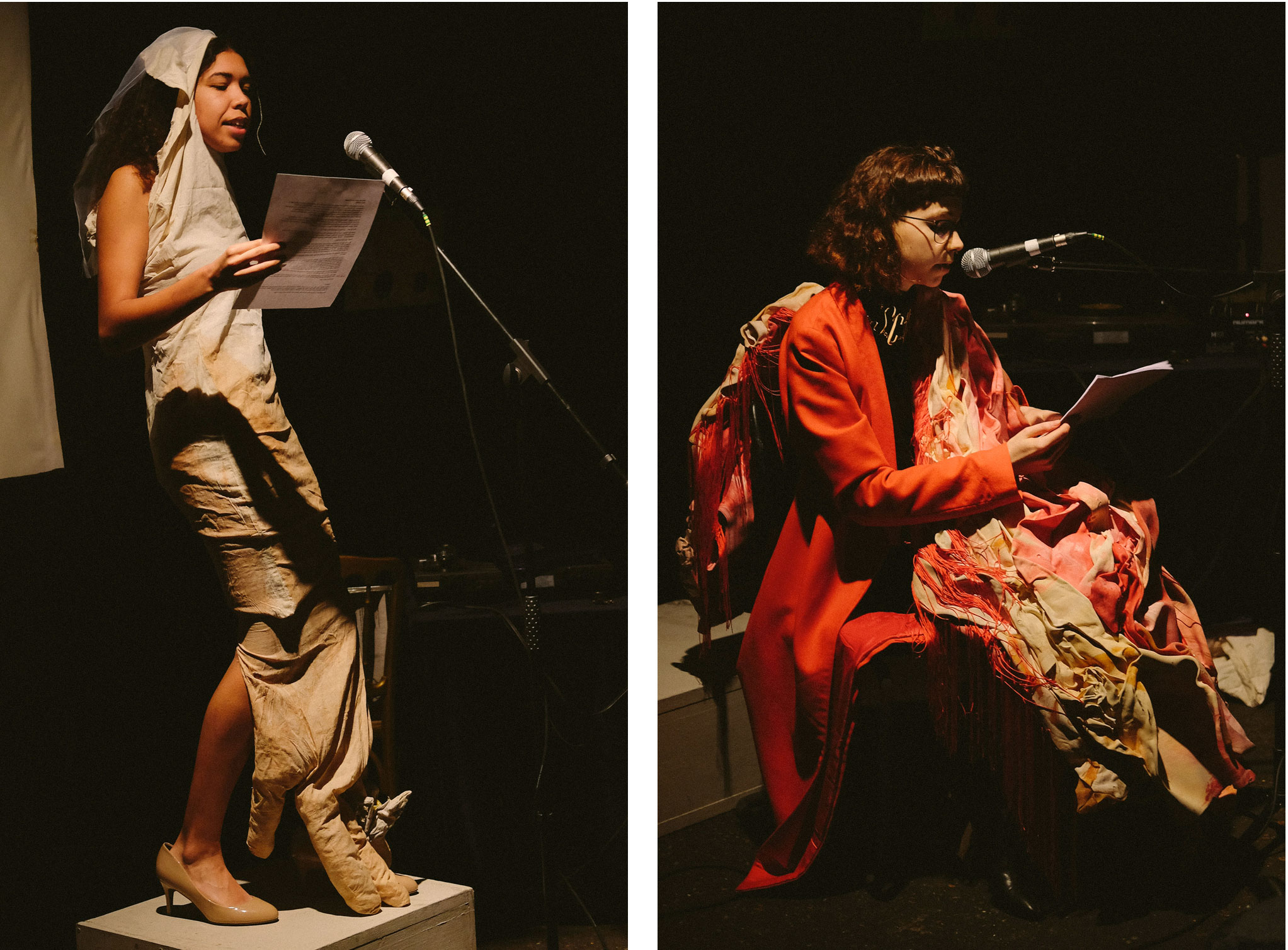 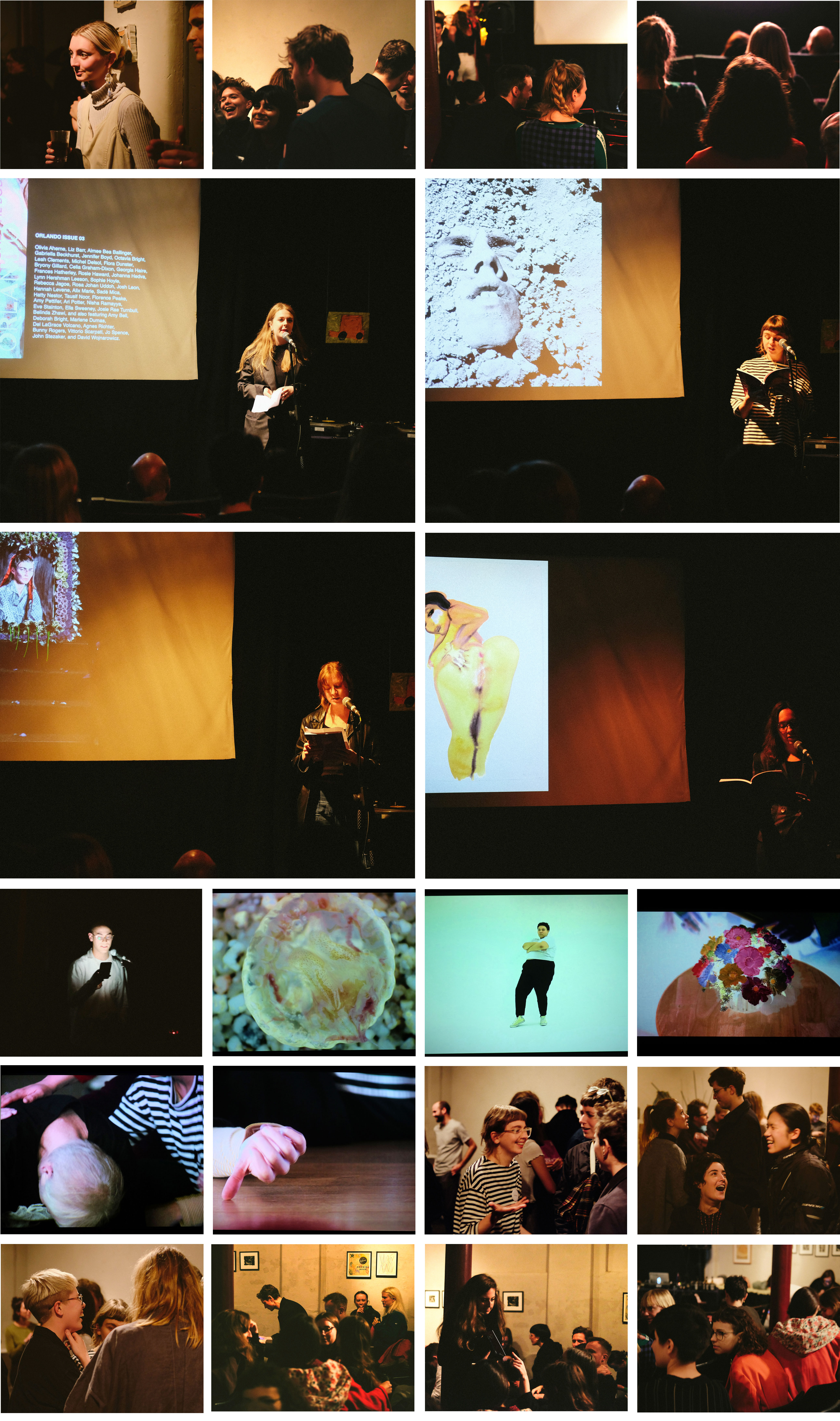