Orlando Issue 02 was launched on 3 May 2017 at Bethnal Green Working Men’s Club. The evening was organised by Philomena Epps, with a selection of readings and performances from some of the issue’s contributors: Octavia Bright, Keira Greene, Lily Ashley, and Hibaq Osman. Bright drew from her conversation in Issue 02—with Carrie Plitt, fellow co-host of monthly NTS talk show Literary Friction—to speak about Roland Barthes, John Berger, and how their books have been inspirations. As a live continuation from her long-form poem and photo-essay ‘Cornerless Tomorrow’ in the magazine, the artist filmmaker Keira Greene performed a new script as ‘The Words’ with actress Sarah Mather. Later, writer and performer Lily Ashley delivered her poem ‘Fuck Love’. Hibaq Osman ended the night on behalf of Octavia, a poetry collective for womxn of colour exploring issues of intersectionality, sexuality, and representation. Osman read a mixture of her own poems and others written by members of the collective.

All photographs by Samantha Rubinstein 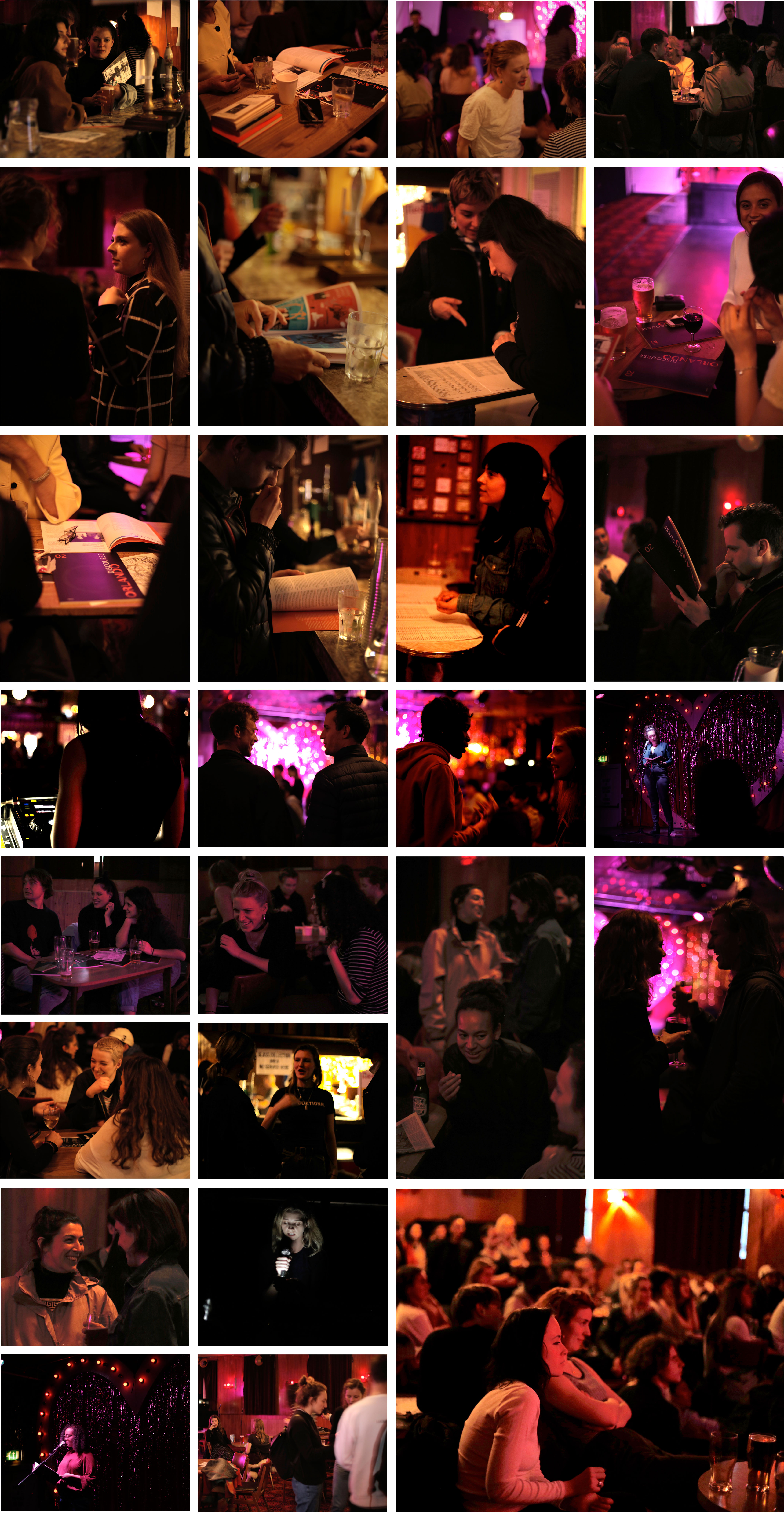