Beyond the Body screening programme

Orlando hosted a series of film screenings at the Horse Hospital throughout 2018-19, which were loosely conceptualised in relation to the themes explored in Issue 03: Beyond the Body. On 6 February 2018, Marcie Begleiter’s 2016 documentary Eva Hesse was screened, with an introduction from Lily Evans-Hill about how Hesse’s diaries and writing intersected with her artistic practice. On 18 April 2018, Chantal Akerman’s film One Day Pina Asked… (1983) was screened, prefaced by two readings from Alice Blackhurst and Octavia Bright, who spoke about the film’s contextual, filmic, and artistic references. As part of the Issue 03 launch on 14 November 2018, there was a short programme of films shown made by contemporary artists: Bryony Gillard, Sophie Hoyle, Sadé Mica, and Josie Rae Turnbull. The last event was a screening of Sally Potter’s first feature The Gold Diggers (1983) on 2 April 2019, introduced by Orlando’s editor Philomena Epps. 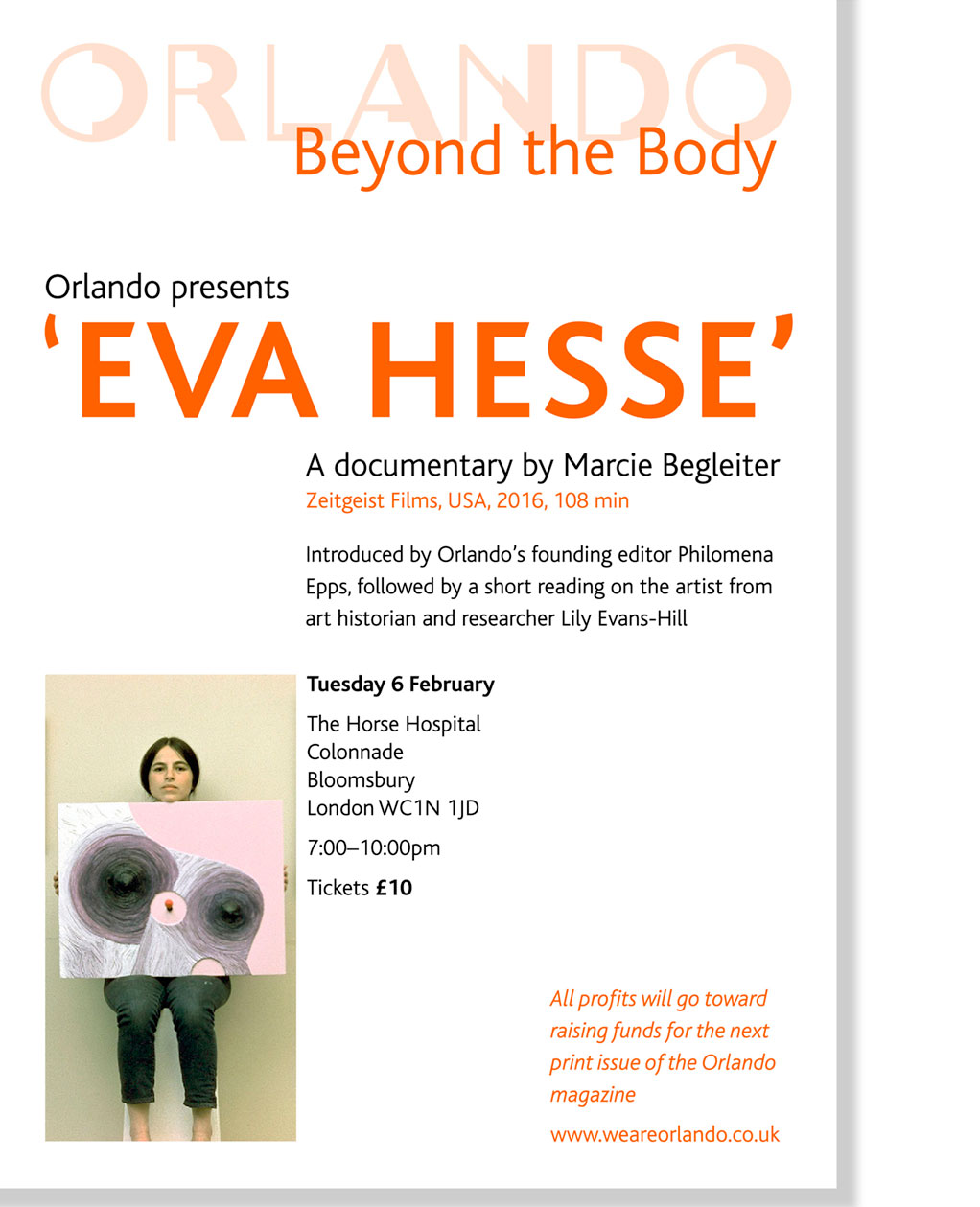 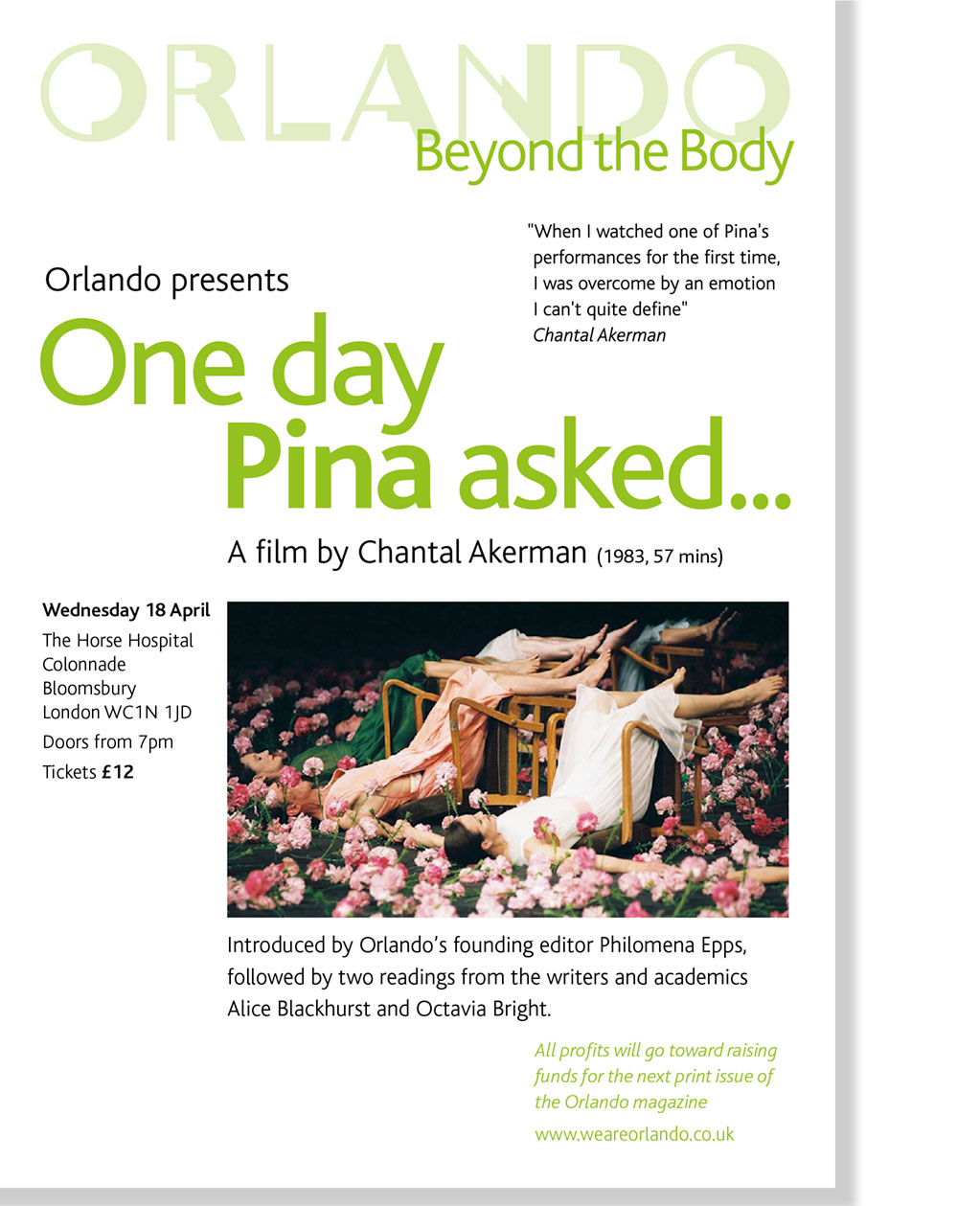 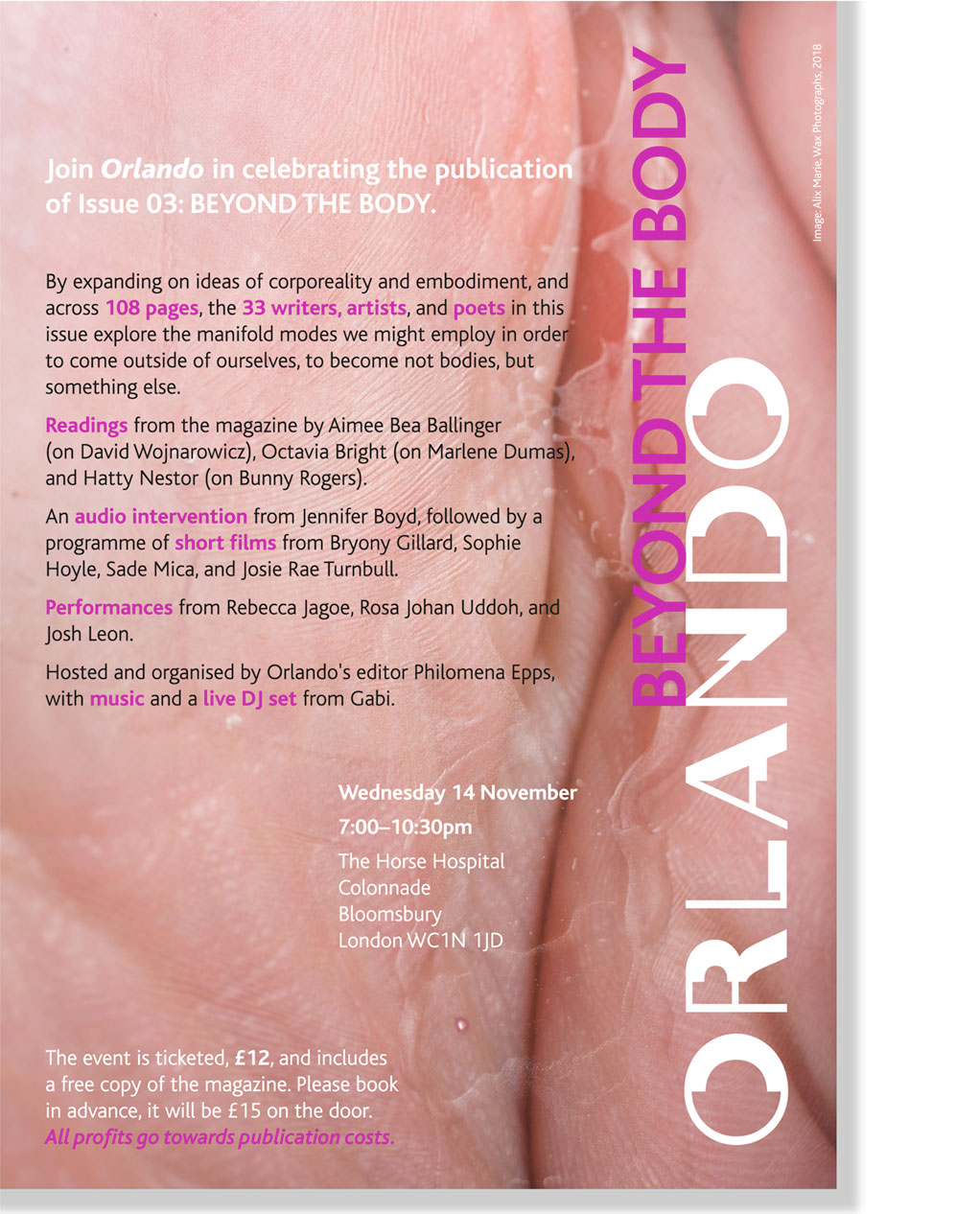 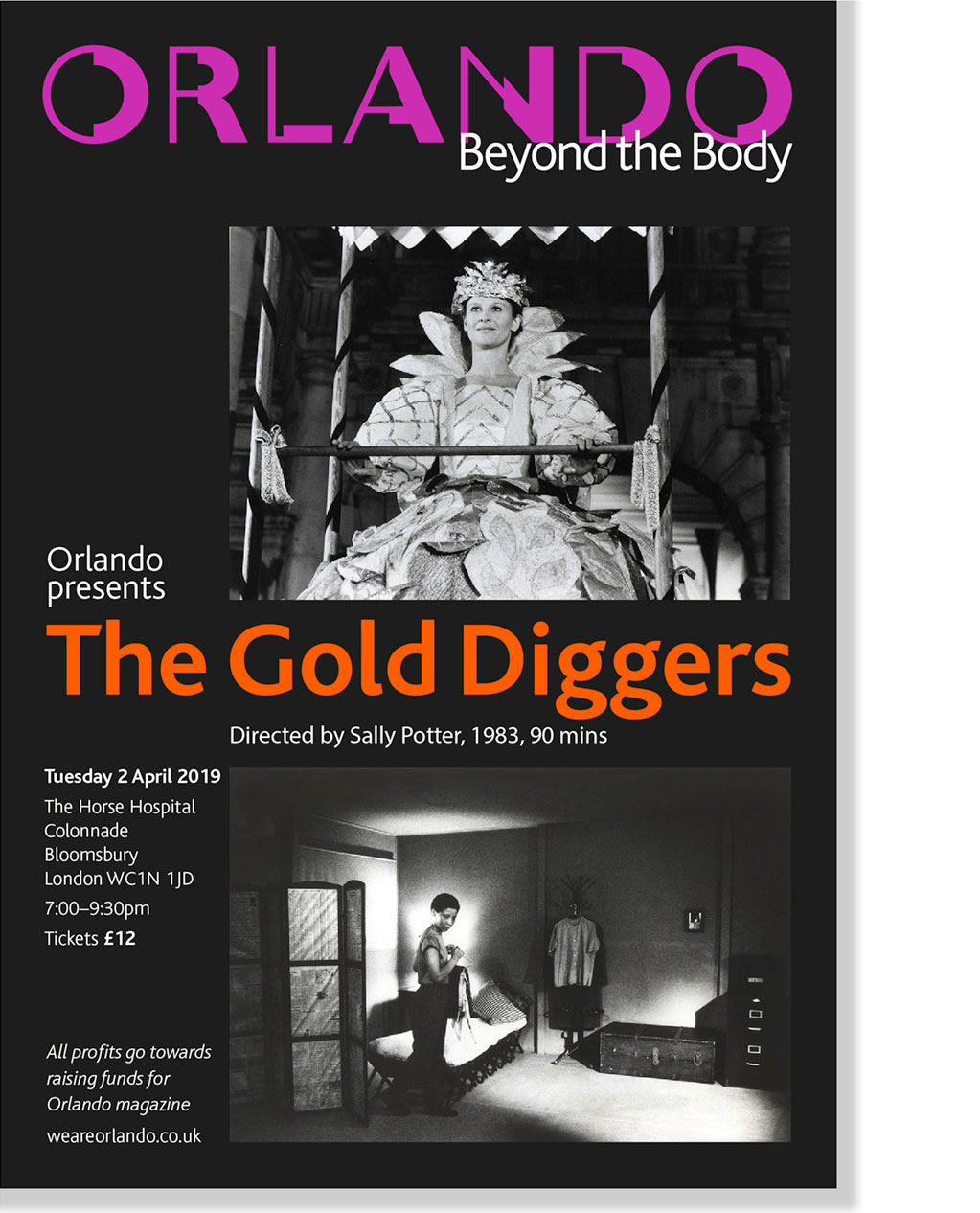