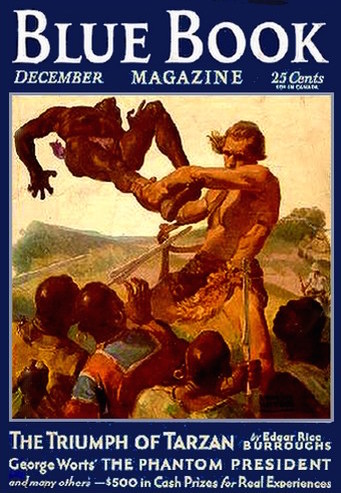 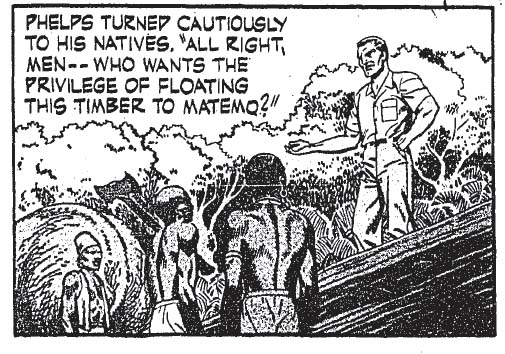 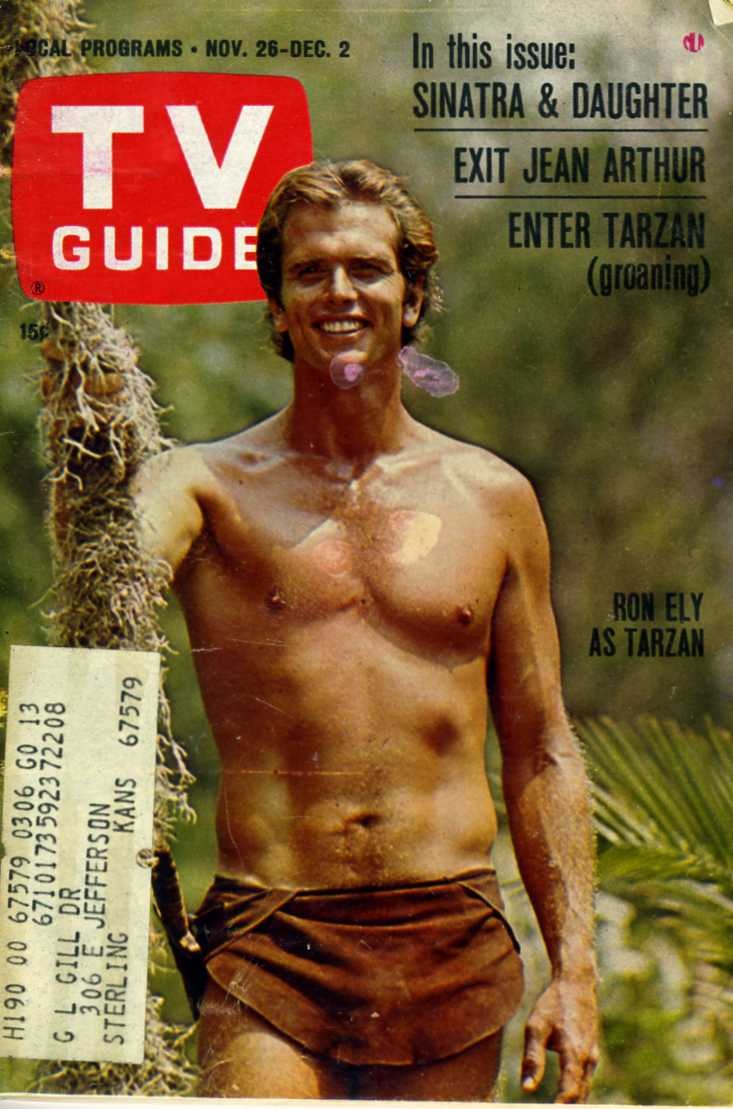 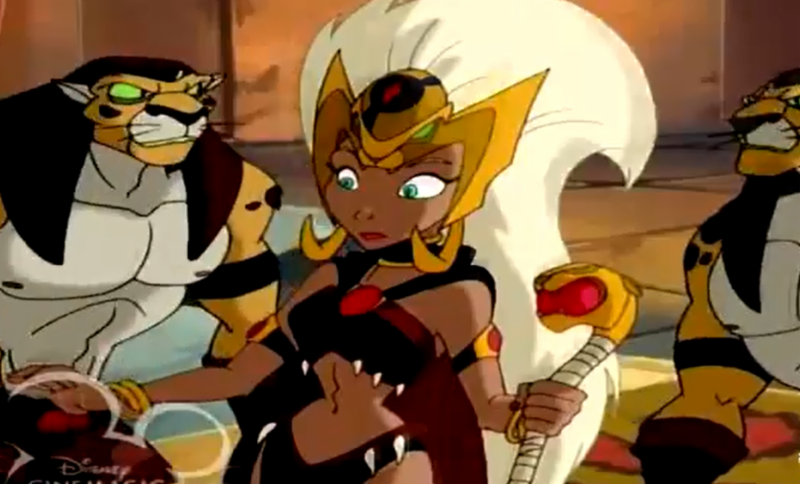 Queen La and the 'leopard men' from The Legend of Tarzan TV series (2001). © The Walt Disney Company.

Racism and stereotypes: how the Tarzan dynamic still infiltrates cinema.

"This is the house of Tarzan, the killer of beasts and many black men". This is how Tarzan introduces himself to Jane in Tarzan of the Apes (1914). Later in the book he rescues her from a “black ape rapist”. Tarzan started off as a character written by Edgar Rice Burroughs (1875-1950) in the 1912 All-Story Magazine before being edited into a series of books and films. The story charts the life of an aristocratic offspring of Lord Greystoke, who is orphaned as a child in Africa, raised by apes in the jungle, and soon becomes the King of that jungle and all who dwell in it. Tarzan, which means white skin in 'ape speak' is faster, stronger and more intelligent than the native Africans. For readers at the time and perhaps even now, whiteness equals civilisation. In addition, he can speak to the animals - a skill which the local Africans do not have. Tarzan embodied the traits of a comic superhero, long before the appearance of Superman; he wrestles lions, crocodiles and gorillas with his bare hands. Edgar Rice Burroughs was born in Chicago, Illinois and had never been to Africa. This is why lions and tigers often pop up in his African jungle despite the fact that lions live exclusively in the savannah and tigers are not found in Africa at all. It would not be so bad if these were the only factual errors, but Burroughs portrays all the Africans as savages and racially inferior. Black people are routinely described in a derogatory manner. The original books are full of the 'N word' and other racist stereotypes informed by the rampant colonialism of the period.

Bearing in mind that Burroughs lived in the 'sundown town' of Oak Park, Illinois, it is very disturbing that his Tarzan character chooses to hang his black victims from trees with vine ropes around their necks. A ‘sundown town’ was a place where all blacks had to be out of the town by sundown or they faced severe physical consequences. Lynching was common in America up until the 1960's. Like many of his contemporaries, writes his biographer John Taliaferro, Burroughs "believed in a hierarchy of race and class. In the Tarzan stories, blacks are generally superstitious and Arabs rapacious." Burroughs was extremely proud of his nearly pure Anglo-Saxon lineage. In the biography, Taliaferro also uncovers Burroughs' lifelong belief in eugenics, "the radical fringe of Darwinism" and the notion that undesirable people, such as the ill, the criminal, or the racially ‘impure’, should be sterilised.

As the 20th century progressed, Burroughs’ stereotypes were slowly transferred onto the big screen, where they influenced millions more people. Possibly the most well known Tarzan was Johnny Weissmuller, an Olympic athlete, who made a number of Tarzan movies between 1932 and 1948. These movies were shown all over the world and were popular on British TV up until the 1990’s. They were also broadcast in African and Caribbean territories prior to independence. When Marcus Garvey’s ‘Back to Africa’ movement was gaining momentum, British colonial authorities hired mobile cinemas and drove into countryside areas in places like Jamaica to show Tarzan and other racist propaganda films. The idea was to convince people that Africa was a 'dark continent' full of 'savages' and they should therefore be happy they were colonised by Britain and ignore Garvey's message.

Black children who grew up in England in the 60's, 70's and 80's were force-fed Tarzan. The 1940's movies or the 1960's TV series starring Ron Ely were scheduled as Saturday morning entertainment for kids. Black Britons gained ideas of African history and culture from watching Tarzan at a time when there were hardly any black people on TV. It was common for children with parents from the Caribbean to watch a Tarzan jungle scene where black people were shown as cowardly, stupid and wicked to then ask their parents "Is that where you come from?" Marvel and DC Comics had a brief run of Tarzan in the 70's. Racism permeates all the Tarzan spin offs as they always portray black people in a negative manner. The only possible exception is George of the Jungle (1997) starring Brendan Fraser, where black people were given some of the best lines and turned the stereotypes upside down. In 1999, Disney decided to re-invent Tarzan as an animated movie with Tony Goldwyn as the voice of Tarzan. Disney consulted the source material and had a problem - how would they deal with the racist portrayal of black people in the original literature? Their solution was simple; remove all black people from the story. Even though Tarzan is set in Africa, if you watch the film you will see lions, elephants, giraffe, hippos, crocodiles, but not one single African person. The Spokesman-Review wrote an article in June 1999 about the minority complaints and reproduced Disney’s excuses, “Co-directors Kevin Lima and Chris Buck have said that the absence of minority characters in Tarzan was a consequence of the desire to keep the story simple. The pair wanted to concentrate on Tarzan's choice of being animal or human…with the need to create Jane and characterise the animals the only kinds of black characters that could be squeezed in would have been minor”.

The white bias is blatant. They were more concerned with giving character to the animals than the African people. A simple solution to the racist problem would have been to make both Tarzan and Jane black, but clearly this was too complicated as they would then have to create adventure and love scenes for an African couple set in Africa, and when has Disney ever done that in its nearly 100 year-old history? The much-lauded Lion King (1994) could easily have also been done with a full cast of animated African people but that did not happen. Why not? The idea of removing black people from a movie to make things simple did not die in 1990’s. Ari Handel, the writer of the blockbuster Noah (2014), justified why there are no black people in his film by saying, "From the beginning, we were concerned about casting, the issue of race. What we realised is that this story is functioning at the level of myth, and as a mythical story, the race of the individuals doesn't matter. Either you end up with a Benetton ad or the crew of the Starship Enterprise." How distracting to have black people in a film about the origin of the world. Evidently white people represent the entire planet.

From 2001 to 2003, Disney persevered with the ‘Legend of Tarzan’ animated TV series. It was noticeable that Queen La, Tarzan's enemy, despite her white hair and green eyes, has a different and darker skin colour to Tarzans. Queen La's evil troops are called The Leopard Men and are portrayed as non-human. It is less known that Burroughs’ original leopard men were African men wearing leopard skins. It took until 2009 for Disney to green light a movie with a black lead, The Princess and the Frog, but again they refused to endorse a loving black couple. After people complained that Disney's first ever black princess Tiana, played by Anika Noni Rose - a black woman, would be given a white boyfriend, Disney responded by giving her an apparently non-white boyfriend but he was still played by the white actor, Bruno Campos. Disney has never given their white princesses a non-white boyfriend. Why the sudden insistence on a mixed relationship for the first ever black princess? Those who thought that The princess and the Frog meant that Disney had finally embraced black people were disappointed with their next movie, Tangled (2010). This was a modern take on the Rapunzel story, which featured a blonde princess with super-powered hair, and of course, a white boyfriend. Not a single black person can be seen in the 84 minutes of the movie. In 2013, Disney released the blockbuster hit Frozen. Yet again we see that even in fantasy environments, where young ladies can freeze entire countries and build ice castles with a wave of their hands, it is impossible for Disney to put even one black person in their script. Their interest in portraying mixed relationships had also vanished.

The most recent version of Tarzan is a German production but it would be naïve to think there will be an authentic black presence in it. Given the source material one wonders why there is such a sustained interest in resurrecting this colonial figure of white supremacy in the 21st century. Warner Brothers have scheduled their version of Tarzan starring Alexander Skarrsgard and Samuel L Jackson for a 2016 release. The plot involves a Tarzan based in Victorian London who sheds his clothes to go and fight greedy explorers in the Congo. When will this promotion of white male supremacy in Africa via children’s cartoons and movies stop?

Tony Warner is a diaspora historian and activist. He runs Black History Walks, a unique company who organise walks, talks and film screenings about the African history of Britain.